I’m not going to lie, I’ve seen all the Twilight movies, perhaps more than once.  And try as I may to not care, I was surprised by the Kristen Stewart cheating scandal.  Yes, Ashley Maier, healthy relationships and sexuality evangelist, gets sucked in to the really important current events of our world.

All snark and self-deprecation aside, something serious has come from the frenzy over Robsten’s break up: the relentless backlash against Kristen Stewart.  In Huffington Post article, Trampire: Why the Public Shaming of Kristen Stewart Matters to Young Women, Nico Lang points out:

Although young girls might not be paying attention to the “War on Women” rampant in the media this year, as women’s bodies and reproductive rights continue to be a wedge campaign issue, the Robsten breakup has been everywhere and certainly on their radars and will remain so with the final Twilight installment due this Fall. 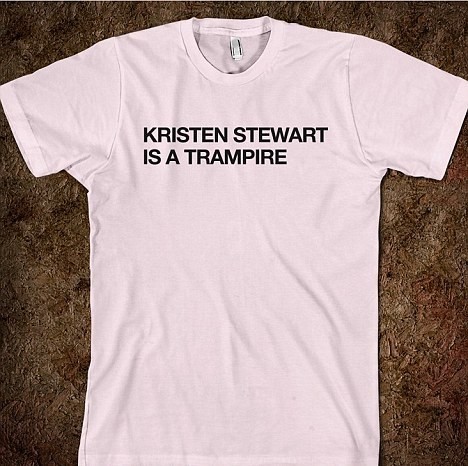 Lang argues that as much as we might want the media frenzy over this story to go away, there is something very important to learn here.  Our response to this story, including what Lang calls slut-shaming and public bullying, has real implications for women and makes the conversation worthwhile. Speaking about his younger stepsister, Lang writes:

I might not be concerned for K-Stew, but I am concerned for my younger stepsister who has pictures of Kristen Stewart and Robert Pattinson on her walls…I’m worried that she’ll think its okay to harass and threaten women for their indiscretions, even if men get off scot-free. I’m worried she will think this culture of bullying, slut-shaming and rhetorical violence against women is the norm, because you get a t-shirt for it…

Several organizations have figured out ways to use phenomena like the Twilight movies for unique prevention efforts.  They know that while we as prevention professionals may prefer to sigh and move on, our audiences are paying attention.  And that shapes norms and behaviors.  Because when trampire becomes common vernacular, that says something about culture.

Let us know what you think below! Have you used Twilight/Robsten or other pop culture phenomena in your prevention efforts?