An equalizer against women in power 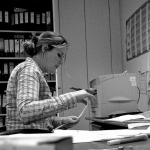 The authors of the recently published article “Sexual Harassment, Workplace Authority, and the Paradox of Power” (available in the journal American Sociological Review) explores how sexual harassment as a tool used against women in power. Additionally, authors looked at “why and how supervisory authority, gender nonconformity, and workplace sex ratios affect harassment”. The United States Equal Employment Opportunity Commission (EEOC) defines sexual harassment as ” ‘unwelcome, sexual advances, requests for sexual favors, and other verbal or physical conduct of a sexual nature’ that interferes with one’s employment or work performance or creates a ‘hostile or offensive work environment’ (US EEOC 2011)” (McLaughlin et al 2012). The authors tested three hypotheses:

Hypothesis 1: Females holding workplace authority positions (i.e. females who supervise others) are more likely to experience sexual harassment that are females who do not hold such positions.

Hypothesis 3: Sexual harassment will be greater in industries and occupations characterized by a higher proportion of male workers. (McLaughlin et al 2012)

Survey respondents (both male and female) reported that their position as an authority figure, their sexual orientation or expressions of gender, and the dominant gender of their occupation were influential factors in their experience of harassment. The study found that organizational rank was not as strong of a predictor as once thought, and that, “co-worker’s relative power is also shaped by gender” (McLaughlin et al 2012).

What does this mean for preventionists? This information may shift who we direct our prevention programming towards and how we frame our message. This may also mean that as we discuss power and control in the workplace we must provide gender transformative programming.

How does this research impact your work?

Sexual Harassment, Workplace Authority, and the Paradox of Power

Abstract
Power is at the core of feminist theories of sexual harassment, although it has rarely been measured directly in terms of workplace authority. Popular characterizations portray male supervisors harassing female subordinates, but power-threat theories suggest that women in authority may be more frequent targets. This article analyzes longitudinal survey data and qualitative interviews from the Youth Development Study to test this idea and to delineate why and how supervisory authority, gender nonconformity, and workplace sex ratios affect harassment. Relative to nonsupervisors, female supervisors are more likely to report harassing behaviors and to define their experiences as sexual harassment. Sexual harassment can serve as an equalizer against women in power, motivated more by control and domination than by sexual desire. Interviews point to social isolation as a mechanism linking harassment to gender nonconformity and women’s authority, particularly in male-dominated work settings.