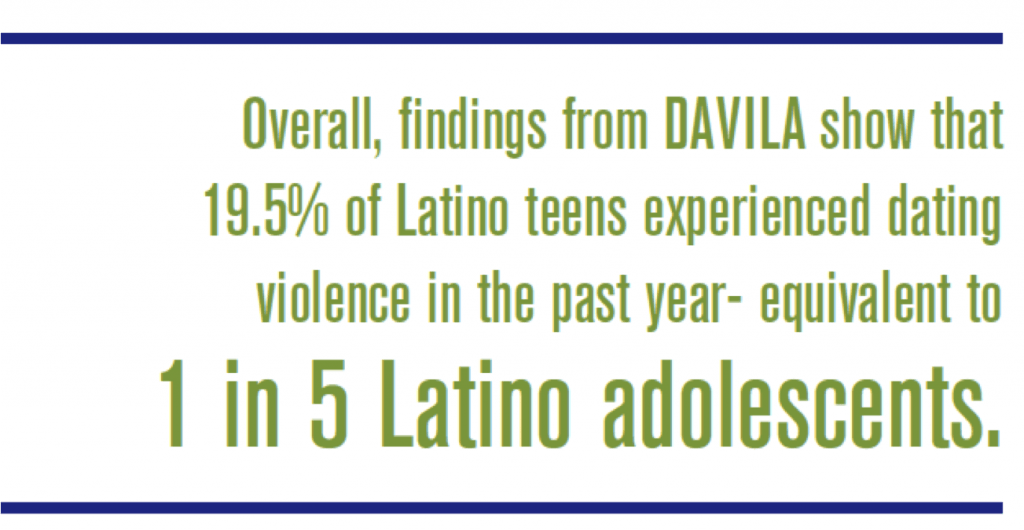 In their findings, authors Chiara Sabina and Carlos Cuevas made recommendations for prevention among Latino adolescents:

…prevention efforts should focus on this form of dating violence and equip youth to identify and confront controlling actions, put-downs and jealously, for example. Shorey (2012) recommends a psychoeducational component focused on psychological aggression and communication skills be included in prevention efforts. These programs should be adapted to the Latino population including language, idioms, how discrimination may play a role in dating violence, and the importance of family.

The full report can be found here and a summary of the report is here.