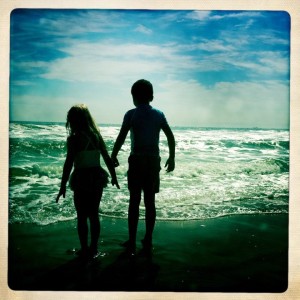 If you think about sexual violence for a living…no one wants to sit next to you at dinner parties, and you end up thinking a lot about why rape happens.

In thinking about how rape happens, different frameworks can be used. Those frameworks can usually be placed in one of two general categories. One category looks at rape as it is related to individual offenders. These theories connect sexual assault to things like evolutionary directives, neurobiological factors, pro-social skill deficits, or psychological pathology of offenders.  You can also look at sexual violence being facilitated on a broad level by social or cultural factors like institutional tolerance for sexual violence, social norms that support contribute to sexual violence, and systems of oppression.

Sometimes we look at a combination of factors.  For example, an individual risk factor for perpetration, like low empathy for intimate partners, can intersect with a community risk factor, like weak community sanctions for perpetration of sexual violence. We can look at the ways that individual and community factors influence one another to increase risk. This construct often supposes that if we eliminate one of these factors, the other may continue to exist but would not have as strong a correlation to sexual violence perpetration as would a combination of the two.

But what if, in this case, correlation does imply causation? What if the social constructs of power and entitlement directly affect individual empathy skills? A study published in the Journal of Experimental Psychology: General, entitled “Power Changes How the Brain Responds to Others.”  suggests that the very experience of power inhibits one’s ability to consider the perspectives of others.


The study observed levels of motor resonance, the process by which the observer’s brain resonates with the observed person’s motor behavior. Motor resonance was measured using transcranial magnetic stimulation (TMS) after participants completed an exercise in which they were primed as high, neutral or low power. High-power participants demonstrated lower levels of motor resonance than those that were primed as neutral or low power. In other words, the brains of people that were primed to feel powerful before watching someone else act demonstrated diminished activation of similar brain networks. The ability of the brain to process the information communicated by other individuals, to take the cognitive and emotional perspectives of others, is directly related to empathy and other pro-social skills.

Many of our current approaches to rape prevention employ strategies that appeal to empathy so that individuals, families and communities are able to perceive the harm that sexual violence does. Parts of transtheoredical, health belief and social learning theory suggest that this recognition of harm can help move people to identify sexual violence as a pressing problem and a serious threat to healthy, safe and secure communities.  This recognition can motivate bystanders, community members, stakeholders or any individual or community that may have influence on potential perpetrators or accepted norms to act to prevent sexual violence.

Many programs identify low empathy as a risk factor for individual perpetration and how it can contribute to community and systems apathy. It makes sense to mitigate those risks by employing empathy building and pro-social skills development in our comprehensive prevention efforts. We could go further and use the information about how power diminishes empathy to “move upstream” by committing  additional resources to rape prevention strategies that actively seek to dismantle the systems of power and oppression that create, contribute to, and reinforce inequality.

Power Changes How the Brain Responds to Others.