In our world, and in sexual violence prevention in particular, we think about healthy sexuality as a way to focus on the positives, on health promotion, rather than only talking about what not to do. There are plenty of examples of how gender norms, sexual entitlement, hyper-masculinity, sexual objectification, and more play out in conversations about healthy sexuality, so it’s an easy issue to link with to build buy-in, particularly in schools. But did you know the benefits go both ways? Healthy sexuality strengthens our discussion of risk factors for sexual violence perpetration, and talking about gender norms and power actually makes sex education more effective, according to a 2015 study in International Perspectives on Sexual and Reproductive Health. 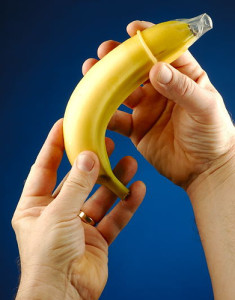 All students who get comprehensive sex ed learn about the biology of sex, related health risks, and ways to reduce the risks of pregnancy and sexually transmitted infections. But only some comprehensive sex ed programs explicitly discuss how gender and power play into health risks and risk reduction. The recent study compared these broader, “empowerment based” sex ed programs to those that don’t include content on gender norms and power. Amazingly, the study found that “while 17 percent of the traditional sex education programs lowered rates of pregnancy and sexually transmitted disease, 80 percent of the programs that address gender and power lowered rates. All told, programs that addressed gender or power were five times as likely to be effective [at reducing negative health outcomes related to sex] as those that did not.”

These impressive findings could be really helpful for making a case for supporting and partnering with sexual violence prevention programs, which focus on exactly these gender and power dynamics, to schools and other organizations that provide comprehensive sex ed. Not only will these kinds of partnerships create more robust sex ed programming that includes sexual and intimate partner violence prevention, but it will also make the sex ed itself more effective. This sounds to me like the definition of a win-win situation.

Full citation: Haberland, N.A. (2015). The case for addressing gender and power in sexuality and HIV education: A comprehensive review of evaluation studies. International Perspectives on Sexual and Reproductive Health, 41(1), 31-42. doi:10.1363/410315

CONTEXT: Curriculum-based sexuality and HIV education is a mainstay of interventions to prevent STIs, HIV and unintended pregnancy among young people. Evidence links traditional gender norms, unequal power in sexual relationships and intimate partner violence with negative sexual and reproductive health outcomes. However, little attention has been paid to analyzing whether addressing gender and power in sexuality education curricula is associated with better outcomes.

METHODS: To explore whether the inclusion of content on gender and power matters for program efficacy, electronic and hand searches were conducted to identify rigorous sexuality and HIV education evaluations from developed and developing countries published between 1990 and 2012. Intervention and study design characteristics of the included interventions were disaggregated by whether they addressed issues of gender and power.

CONCLUSIONS: Addressing gender and power should be considered a key characteristic of effective sexuality and HIV education programs.