Common barriers for sexual violence survivors in India and the United States: The Need to Focus on Primary Prevention

In December 2012, India grabbed the national and international headlines for the brutal gang rape and death of ‘Nirbhaya’ (means fearless in Hindi), a 23-year old physiotherapist, in the northern state of New Delhi. In the past 4 years, there have been multiple cases of sexual violence and sexual harassment that have been reported, thus highlighting the prevalence and intersectionality of sexual violence against women.

The ‘Nirbhaya’ case resulted in strict anti-rape laws and adding fast track courts for rape cases. Yet even with these amendments, speedy legal proceedings and many victim advocates working 24/7, these new laws are not strictly implemented in the justice system. These laws also fail to protect the rights of men and transgender individuals who are sexually assaulted. Further, other victims belonging to marginalized communities (for example, those from lower caste) have not received the swift justice that was promised by lawmakers.

It’s not just in India that individuals affected by sexual violence encounter barriers in the legal system. For example, despite increasing nation-wide policies on responding to sexual assaults in the United States, we have overlooked the huge backlog of untested rape kits for expediting cases of sexual assault in the justice system. Painful, lengthy and traumatic experiences with the medical and legal justice sy 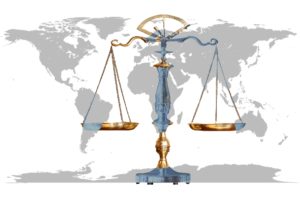 stem must be replaced with comprehensive trauma-informed, survivor-focused responses, advocacy and intervention!

It is important we identify the common barriers that survivors of sexual violence across the globe encounter while also working to strengthen primary prevention efforts.

We must focus our attention on efforts to prevent sexual violence from happening in our local communities in the first place. First, as communities, we have to collectively identify ways to change the deeply embedded individual and larger social norms promoting misogyny and prevent rape culture. Secondly, we also need to create comprehensive, inclusive and accessible primary prevention programs that focus on culturally specific strategies to end sexual violence and other forms of violence. An example of this is detailed in a PreventConnect podcast that explains the role of family planning and gender equity counseling to prevent and reduce sexual violence among married couples in India. Education and outreach from a public health framework is vital to effective prevention.

Most importantly, we must particularly identify ways to prevent sexual violence by centering the voices of survivors and marginalized communities affected by multiple forms of violence and social injustice. This sentiment is reflected in this quote found on the USAID website –“Respond only, and you’ll be responding forever. Prevent only, and you ignore the survivor in front of you”