Skip Navigation
By Ashleigh Klein-Jimenez on May 15, 2018

This is a guest blog post by Rus Ervin Funk. Rus is a consultant and activist (www.rusfunk.me), and serves on the steering committee of the North American MenEngage Network (www.namen.menengage.org).

For over 18 months, we have heard women sharing their stories about sexual harassment and violence through #MeToo. For most of that time, men have been largely silent, with periodic comments or displays of support.

This has been true in Louisville, Kentucky as well. In the midst of the national #MeToo movement, we have had a local Metro Council member ousted for sexual harassment, and another round of accusations of sexual harassment in our state capital. As a result, we’ve had multiple speak-outs and other kinds of 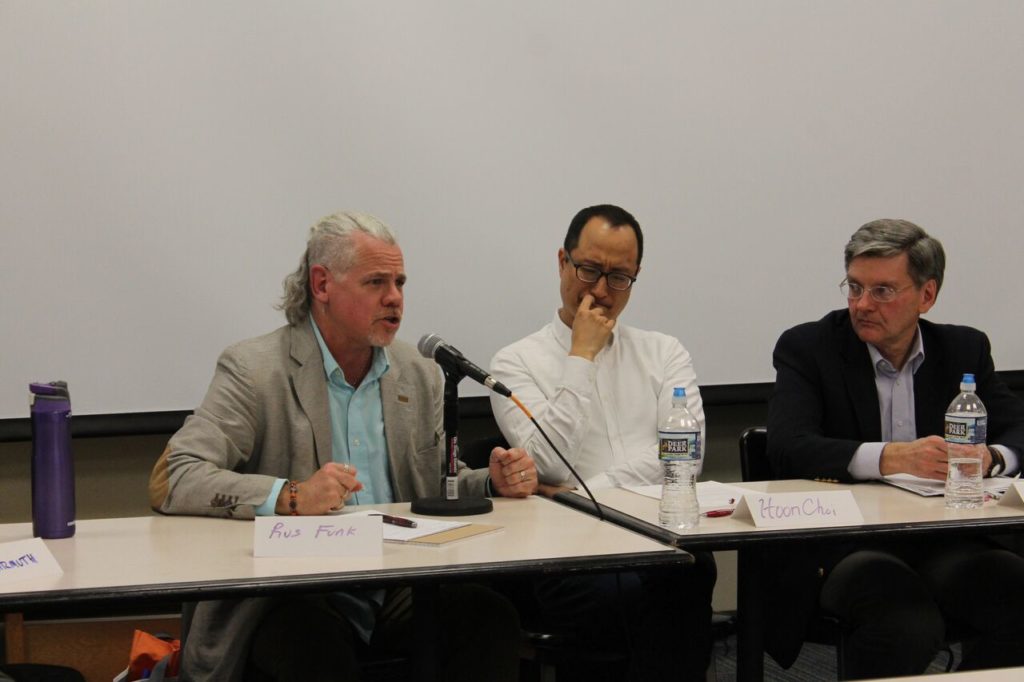 public displays by and for women – with men being primarily there (when we were) in solidarity.

As a consultant and activist, I felt it critical to add to the conversation by engaging men’s voices into this dialogue – with a particular focus of what we see as our role in responding to and preventing the harassment and violence that women and some men face.   For the panel, we included representatives from various sectors of our community including  Metro Council and School Board member. We also added the Dean of Students and Title IX Coordinator from one of our universities, an Evangelical Southern Baptist minister, and a professor who focuses on Masculinities.

The panel focused on men’s responsibility to respond to #MeToo and our collective experience, as men, to #MeToo. The base for our conversation was 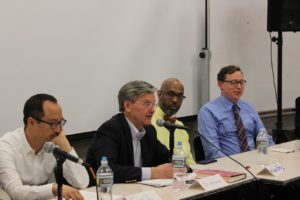 This led to a very rich conversation with the following key points: 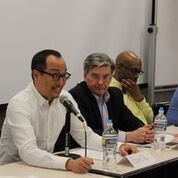 This panel was never intended to be a one-off event. I am quite skeptical of one-off educational or so-called “public awareness” events, as I have never seen any evidence that these kinds of events actually raise anyone’s awareness.   Rather, this event was designed as a kick off. We originally planned to use this as a model and then replicate these kinds of men’s panel discussions (with some of the same and some other panelists) in various communities within Louisville.   While that is also happening, we realized a more potentially impactful process. We used this panel to launch a series of community conversations exploring men’s role(s) in responding to and preventing sexual harassment and violence. The main points that emerge from these community conversations will be incorporated into a community-wide strategic plan to prevent sexual violence by 2025, which is currently being developed and which we aim to publish in late 2018 or early 2019.

“Ending gender-based violence will be a priority for the administration. I will install a coordinator in the Office of Safe and Healthy Neighborhoods to focus on the unique circumstances surrounding violence targeted at a person because of their gender. The city should use a strategy with a particular focus on mobilizing and organizing men in our community to prevent gender based violence. We should focus on ending human trafficking to make sure we are not bringing in more trafficked men and women along with our increased tourism. We also have to prioritizing funding our Office for Women to make sure we are building a city that is a great place for women to live and work.”

Beginning with just one panel conversation, we’ve been able to generate a much broader community conversation that appears to be leading to some opportunities for more permanent change – or at least some longer and sustained efforts.

For more examples of how prevention practitioners are advancing sexual violence prevention in the era of #MeToo, check out our Prevention Town Hall web conference that was held in March 2018.