According to the new report: 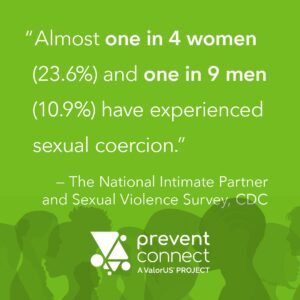 The findings contained in this report make clear that sexual violence has serious long lasting public health impacts on communities and society. The data also highlights the need for early and ongoing prevention. Learn more about NISVS here and what works to prevent sexual violence here.