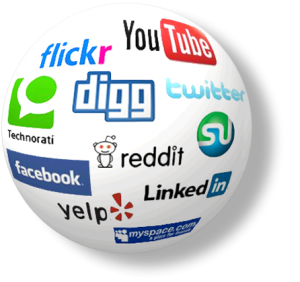 In a recent issue of the Journal of American College Health, Sharyn J. Potter, PhD, MPH discusses an evaluation of the “Know Your Power” bystander oriented social marketing campaign. Her article “Using a Multimedia Social Marketing Campaign to Increase Active Bystanders on the College Campus” concluded that exposure to the “Know Your Power” social marketing campaign increased student awareness of their role in reducing violence as well as their self-reported expressed willingness to get involved in reducing violence as an active bystander. Potter and her team conducted pre- and posttests of 353 undergraduate students at a public college over a 6 month period, and assessed participant’s responses based on a stage of scale score.

Implementing a social marketing campaign can be relatively cost-effective and simple, and can increase awareness of a particular public health concern and inspire viewers to take action. As beneficial as social marketing can be, it cannot serve as a substitute for a comprehensive primary prevention program that integrates bystander intervention across multiple levels of the social ecological level. While individuals may feel inspired to take action, they may not have the skills or self-efficacy to take action. A community may increase it’s overall awareness of the issue and desire to reduce violence but if they do not feel as though they are able to step in and take action, we will not see a reduction in the number of sexual assaults in our community. My thought is that increasing individual skills coupled with a social marketing campaign would be the most effective strategy for increasing bystander activity as individuals would have the tools to intervene and feel supported by their community in taking that action. There may be populations that would be challenging to reach to teach the actual skills of intervening but once you are able to get a group of early adopters practicing the behavior, students who did not participate in the skills based training would have a model to replicate.

What do you feel are the most effective methods for increasing bystander behavior and reducing violence?

Objective: To evaluate the campus-wide administration of the Know Your Power bystander-oriented social marketing campaign.

Participants: Undergraduate students at a public college were invited to participate in a public awareness survey before and after the 6-week campaign administration in February and March 2009.

Methods: Pretest and posttests were administered (N = 353) to examine if exposure to the campaign changed students’ stage of scale scores.

Results: Exposure to the social marketing campaign increased participants’ awareness of their role in reducing sexual and relationship violence and stalking, increased their expressed willingness to get involved in reducing the incidence these types of violence, and resulted in participants being more likely to report having taken action to reduce these types of violence.

Conclusions: As college students explore their role as community members, it is an opportunity for college educators to design and administer prevention messages highlighting behavioral norms to be explored and adopted.

You can access additional information about this publication here