“Characters are either sexual or violent, but not necessarily both” 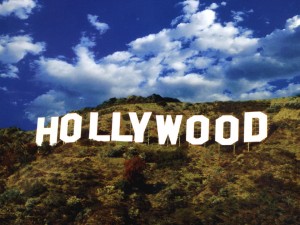 “Trends of Sexual and Violence Content by Gender in Top-Grossing U.S. Films, 1950-2006” examines 855 of the top-grossing films released in the last 57 years, coding the number of male and female characters and their sexual or violence behavior. Authors Bleakly, Jamieson, and Romer confirm what practitioners have known for years, that there are gender imbalances in the media and that repeated exposure to these imbalances, the sexual depiction of women, and the violent depiction of men impact young men and women’s normative beliefs about sexual behavior.

The analysis of the data showed that there are no quick fixes to this problem. As one researcher notes,

“…simply increasing the prevalence of women among characters in media might exacerbate any problematic effects of media unless the manner in which women are portrayed is also addressed.”

It’s not a matter of sheer volume, it is an issue of the characters that the women portray and minimizing the roles that perpetuate the stereotype of hyper-sexualized, one dimensional women. But this is not just an issue for women – the roles that we give men in mainstream media must also change.

“In contrast to women being disproportionately involved in sexual content, male characters are the overwhelming perpetrators of violence.”

Having males in limited roles in films translates into adolescent perceptions of limited roles in life. When mainstream media offers only two norms to fill, a sexualized female and a violent male, young people are robbed of their ability to step outside of gender norms and we perpetuate cultural values that support victim blaming, sexual assault, and rape myths.

What do you think are the best ways to influence media’s portrayal of women and men?

Trends of Sexual and Violent Content by Gender in Top-Grossing U.S. Films, 1950–2006

Purpose: Because popular media such as movies can both reflect and contribute to changes in cultural norms and values, we examined gender differences and trends in the portrayal of sexual and violent content in top-grossing films from 1950 to 2006.

Conclusions: Although women continue to be underrepresented in films, their disproportionate portrayal in more explicit sexual content has grown over time. Their portrayal in violent roles has also grown, but at the same rate as men. Implications of exposure to these trends among young movie-going men and women are discussed.