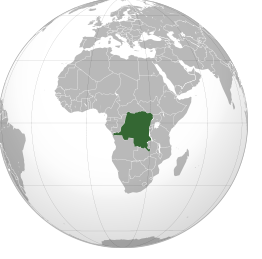 In Eastern [Democratic Republic of Congo], militias operate with scant resources, low-tech weaponry and limited access to arms. In this setting, rape is an ideal weapon. (Bartles et al.)

As I was reading the article “Militarized Sexual Violence in South Kivu, Democratic Republic of Congo”, I re-read this sentence over and over, trying to digest and process the image of rape as an “ideal weapon”. I often find myself with blinders on, focusing on the prevention work I do with rape crisis centers throughout California and with our national project PreventConnect. This article reminded me to reconnect with the international sexual violence movement, and the importance of addressing the needs of survivors throughout the world, especially in conflict zones.

The article examines the scope of rape as a tool of war in the Democratic Republic of Congo (DRC) as well as the unique nature of the violence in an attempt to inform strategy for the United Nations and aid organizations as the offer services to prevent and intervene. A 2011 study reported that over 1.7 million Congolese women had been raped in their lifetime and that between 407,397 and 433,785 women had been raped in the preceding 12 months.  Authors identified three main categories of perpetrators: civilians, armed combatants, and non-specified. Additionally, researchers examined the nature of the attacks (time of day, number of assailants, and degree of brutality) and found that the majority of attacks occurred at night, perpetrated by multiple armed combatants, and included “genital mutilation, instrumentation with sticks and weapons, forced rape between victims while held at gunpoint, and family members being forced to witness rape”.

What can be done to protect civilians and serve survivors? When I was studying sexual violence in the Congo in my Masters in Public Health program, I found a few potential next steps. Here is an excerpt from a paper I wrote (click here for the full text, including background of the conflict, scope and impact, policy recommendations, and a complete list of references):

In 2006, under pressure from the international community, the DRC began to enforce a new law that redefined rape to include both males and females as victims. The law also defined rape as any form of vaginal or anal penetration. Sexual violence was also redefined to include sexual slavery, mutilation, forced prostitution, and forced marriage. Prosecution and enforcement of penal procedures improved and settling cases through “friendly resolution” (i.e. informal resolution methods including marriage or payment) were outlawed. The passage of this law was a major milestone in terms of governmental response to gender based violence yet has only had limited success in practice. International resolutions have been passed in an attempt to strengthen DRC government efforts.

On June 19, 2008, the United Nations Security Counsel passed Resolution 1820, which states “rape and other forms of violence can constitute war crimes, crimes against humanity, or a consecutive act with respect to genocide”. (6) In March of 2009, the UN developed a Comprehensive Strategy on Combating Sexual Violence in the DRC. This Comprehensive strategy identified four focal areas: combating impunity for cases of sexual violence, prevention and protection against sexual violence, security sector reform and sexual violence, and multi-sectoral response for survivors of sexual violence.

While the international community is speaking out to create change, efforts have limited impact due to the ineffective government of the DRC. The UN has the power to create resolutions but cannot enforce them because of the lack of functioning formal state institutions and a professional police force. The current police force, the National Congolese Police (PNC), is comprised of ex-militia members including the Mayi-Mayi, a group often identified as perpetrators of sexual violence in DRC. There are almost no repercussions for perpetrating rape in the DRC. There is criminal impunity as well as inadequate local and regional governance. When looking at the current infrastructure of the DRC, there are limited opportunities to reduce the violence from an institutional level. Geography has also played a role in the lack of government control. The capital of the DRC is far from the main source of conflict in the eastern provinces. The eastern provinces are closer to Rwanda and are subsequently impacted by Rwanda’s politics and ongoing sources of conflict.

Government authorities have provided a limited and disjointed response to the rampant sexual violence. There is a general lack of protection of citizens, as the government waits to intervene until the attack is over. Citizens have little faith in their government and refuse to make formal reports because there is no confidentiality or protection offered to witnesses. (10) Even though sexual assault is rampant, few perpetrators have been brought to justice, a fact that keeps victims silent.

These attacks persist in a country that has the largest UN peacekeeping force in the world. Over 17,000 UN peacekeeping troops are currently residing in the DRC. (9) UN peacekeeping troops and officials are concentrated in urban areas, far from rural areas where the majority of violence is occurring. A high number of peacekeepers may be a double-edged sword. Peacekeepers in DRC have been accused of using commercial sex work and violating women they are supposed to be protecting. (1) Women who have experienced rape during conflict are more vulnerable to further exploitation. (1)

The Ponzi hospital is the one institution in the DRC that is consistently working towards helping and healing women. Ponzi was initially created to address the high rates of maternal mortality in the DRC. Doctors found themselves performing more surgeries to repair fistulas than to deliver newborns. Ponzi serves over 3,600 women a year, providing them with medical care and informal counseling services. (8) Women complete intake forms with a social worker, describing  “l’incident” – their rape. The hospital creates a community for women where they are not stigmatized and are supported. Medical NGOs have had not been able to duplicate the success of the Ponzi hospital.

Medical NGOs and international relief organizations have not demonstrated the ability or willingness to collaborate, creating a number of service gaps. The gaps and issues of concern include victims not being systematically referred to health centers for post-exposure prophylaxis within 72-hours, no coordinated data collection methods or system, and no medical center documentation provided to victims for judicial follow-up. (5) Many programs are operated by “remote control”, where they are directed by organizations in other countries but managed by local partners. Some NGOs and relief organizations focus on development while others provide emergency assistance. “Remote control” coupled with different outcome objectives creates duplication in services in some regions and gaps in services for others. (8)

Rodriguez identifies startling problems with relief organizations: falsification of data. National associations that provide psychosocial assistance “have realized that higher numbers of victims mean increased changes of obtaining international finance support”. (8) Increased incentives to falsify numbers to maintain funding should translate into more money to support more victims, yet services have not improved in their quality or scope.

International relief and governmental efforts also need to provide services to the perpetrators of the violence. Those who are committing these atrocious acts against the women of the DRC will continue to do so unless they are provided with an incentive to stop, such as safety, refugee status, or financial security. Pratt researchers interviewed members of the Interahamwe who reported “With nowhere to go, they have nothing to lose, and with the advent of disarmament, demobilization, and reintegration (DDR) programs, they feel they can benefit only by continuing the violence and forestalling an uncertain but likely ominous end for themselves”. (2)

All approaches to ending sexual violence in the DRC need to be gender balanced to include men and women as integral parts of the solution. To deal with the root causes of sexual violence, programs in the DRC need to address gender inequity within the household. (6) Cultural norms that govern the relationship between husband and wife complicate the process of reporting and accessing services. Under “Congolese Family Code”, married woman do not have full legal rights equal to those of a man. Married women must have husband’s authorization to initiate judicial action. As more resolutions protecting female survivors of rape in the DRC are passed, equality between genders is increasing, at least on paper. Monitoring and enforcement mechanisms need to be established at the national and local levels to regulate and enforce them and change health outcomes for female victims.

Local community members and networks need to be engaged in efforts to reduce sexual violence since there is a lack of government level assistance available. “In the absence of a functioning state and professional police (and army) security tends to derive from the local community and social networks. That in turn indicates the importance of according high priority to re-building and strengthening local social networks”. (6) It is imperative that the international community and local partners strengthen their effort to address the “prevailing climate of impunity and culture of violence against women” in the DRC. (10). Violence against women threatens to become a culturally accepted norm, endangering the safety, welfare, and lives of millions of women.

To learn more about the recent research, visit the Journal of Interpersonal Violence and the article “Militarized Sexual Violence in South Kivu, Democratic Republic of Congo”: