It doesn’t matter what you call it. It’s still victim blaming. 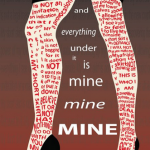 This past Friday, a conservative member of the British Parliament told advised women to avoid being raped by practicing “risk management”, i.e. not wearing short skirts and high heels. MP Richard Graham stated:

“I stressed the issue was about risk management, about being aware of what behaviour or clothes might put you more at risk and less at risk. Risk management is a million miles from saying anything like ‘she was asking for it’.”

Is it? I don’t think so. There is no way that you can tell a woman that she must change her clothing, lifestyle, or her daily activities to prevent an inevitable attack by a perpetrator without paving the way to blame her for an assault perpetrated against her. How is it possible to honestly say, “I told you to wear a longer skirt, and you chose not to and then were assaulted” and then tell that survivor that you will support them in their healing process. It is absurd that we culturally permit this dialogue. It’s time to advance the conversation. It’s time to address how primary prevention strategies can prevent first time perpetration of sexual violence instead of mitigating the “inevitable” assault. It’s time that our culture and our politicians stand up for those they believe to be potential victims. It’s time that we demand more from our friends, families, neighbors, and elected officials. It’s time to talk about who is really responsible for sexual violence : perpetrators.  There is no other way to say it… it’s simply time.

Katie at Feministing.com made the perfect call to action: Politicians should offer risk management based in policy, not outfit choices.

[British] Labour party activist Ben Mosley said, ”This talk of ‘risk management’ sends my blood boiling….Risk management should be not cutting the police force, providing better lighting in dark areas such as the park and not cutting CCTV. It should not be about what people choose to wear.”

Reframing the conversation from risk reduction to risk management is not buying us time, it’s clouding the issue and our ultimate goal. A simple word change is giving us cultural permission to say that we are providing a “new” strategy to combat pervasive sexual violence.

How are you having a conversation around victim blaming in your community?