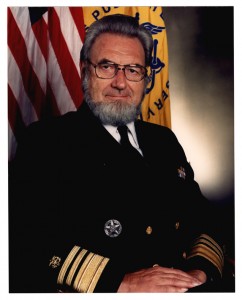 Former Surgeon General C. Everett Koop died today.  The obituaries will highlight how he used the office as Surgeon General for a bully pulpit to prevent the spread of AIDS and the risk of second hand smoke.  However, I remember him as the one who put the concept of “violence as a public health issue” into my consciousness and the national agenda. To this day I often include Koop’s picture in my trainings and presentations.

In October 1985 Koop initiated a workshop on violence and public health with over 150 health professionals and law enforcement experts. I was intrigued when I heard about this. Before then, I thought public health was the people who shut down unhealthy restaurants.  Reading about this workshop opened my eyes to considering how the tools of public health, including epidemiology, prevention strategies and environment change, can contribute to better our understanding of how to prevent sexual violence and domestic violence. I learned how violence is a major cause of injuries so we must consider violence as part of the growing field of injury prevention.

By 1992, the Centers for Disease Control and Prevention addressed violence in the newly established National Center for Injury Control and Prevention. I had spoken about prevention of domestic violence several times at a course on violence prevention at the UC Berkeley School of Public Health (taught by Larry Cohen, later of the Prevention Institute) before I became a student myself there in 1993. Today, we have gone much further to establish a public health approach to violence prevention.  I have learned how public health can align with a social justice approach. (Also check out the PreventConnect eLearning unit on putting social justice at the heart of public health.) While there are differences in addressing violence from other health issues, we have much to learn from public health.

Kudos to C. Everett Koop for blazing this path.

Photo from the National Library on Medicine.