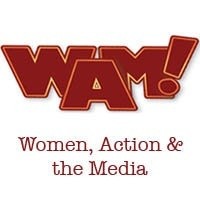 Facebook announced this week that it will address the existence of pages on its site that glorify gender-based violence.

In this New York Times article from Tuesday, Facebook acknowledged that “its systems to identify and remove hate speech had not worked effectively.” Additionally, “The company said it would review how it dealt with such content, update training for its employees, increase accountability — including requiring that users use their real identities when creating content — and establish more direct lines of communication with women’s groups and other entities.”

As noted in this initial Feministing post, Women, Action, and the Media (WAM!) called on Facebook users to “contact advertisers whose ads on Facebook appear next to content that targets women for violence, to ask these companies to withdraw from advertising on Facebook until you take the above actions to ban gender-based hate speech on your site.”

Additionally, an open letter to Facebook from WAM, Laura Bates of the Everyday Sexism Project, and activist Soraya Chemaly pointed to the existence of such pages as “Violently Raping Your Friend Just for Laughs” and other pages featuring images of violence against women.

More than 5,000 emails were sent to Facebook’s advertisers and over 60,000 posts were made on Twitter using the hashtag #FBrape.

In response to this surge of advocacy, a Nissan spokesperson told the New York Times that the company has pulled all advertising on Facebook until it can be assured that their ads will not appear on pages containing offensive content. A dozen other small companies have pulled their ads from the social networking site, too.

You can read WAM!’s statement in response to Facebook’s announcement here.