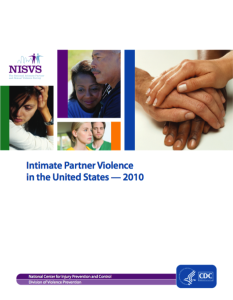 Today the Centers for Disease Control and Prevention has released a new report titled Intimate Partner Violence in the United States — 2010 which highlights how pervasive intimate violence is in our country.  This data from the  National Intimate Partner and Sexual Violence Survey (NISVS) provides information about the context of victimization experiences (though it does not have much information about the perpetrators of sexual violence, domestic violence and stalking.)

Here are several key findings as identified by the National Network to End Domestic Violence: