Don Jon: “A lot of dudes can relate” 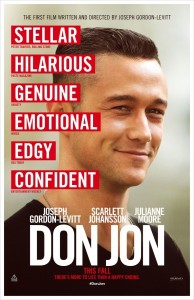 So, if you, like me, are considering switching over to Odd Thomas (no, really, I watched that…limited Netflix streaming options, am I right?), I promise that if you give it a chance, you’ll start to see that it isn’t what it appears.