The public narrative of masculinity(ies) 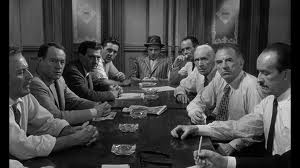 Yesterday I participated in the PreventConnect web conference PEER LEARNING FORUM – Shaping perceptions of sexual and domestic violence for prevention: The power of public narratives. The web conference, led by Dave Mann of the Grassroots Policy Project, explored the power of public narratives and how they may be utilized in IPV/SV prevention work. (Full disclosure-this was part 1 of a 3 part series, so I am still wrestling with the concepts, but I will not let that prevent me from blogging about it.) In this context, a public narrative was described as a story that can shape public consciousness, particularly around commonly held values and beliefs. There exist dominant public narratives (those that reinforce or reflect a dominant worldview) that can support or hinder violence prevention efforts. Unmasking these dominant narratives and offering an alternative, a different way of seeing things, can change the way people think about violence.

The web conference got me thinking about various prevention efforts and where they fit into this concept. Do we implement prevention activities that may be effective on an individual level, but support a harmful dominant narrative on a community or societal level? Bethany Pombarfrom the Vermont Network Against Domestic and Sexual Violence raised this question around gender-segregated groups. She noted that segregation by gender identification or always having men talk to other men and boys can send the message that, “Only men can engage other men and that men won’t listen to women.” It got me thinking about the other ways in which some efforts can reinforce the dominant public narrative and the real world effects that may have. Ashley Maier recently wrote a blog about how we engage men in sexual and relationship violence efforts.

Of course we need to engage people of any and all genders to end sexual and relationship violence. The question is, how do we do that in the most effective and ethical way possible?When we exclusively engage men to work with/speak to/ market to men in our practice, what are we saying to men (and women)? This practice can reinforce the beliefs that:

I know that such beliefs are not included in my vision of a world without sexual and relationship violence.