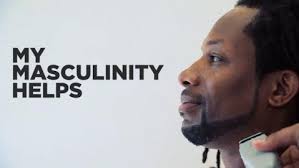 In March, PreventConnect’s David Lee interviewed Monika Johnson Hostler, Executive Director of the North Carolina Coalition Against Sexual Assault, about the new film, My Masculinity Helps.  As the two discussed, the film can be used as a tool to engage African American men and boys in examining gender roles, masculinity, and power; identify men and boys’ roles and responsibilities in the prevention of rape and sexual assault; and support men and boys to be educators, advocates, and activists for the prevention of sexual violence.  Now, the filmmakers have just released a facilitation guide to assist in efforts to use the movie to create social change.  Learn more about the film and access the guide on mymasculinityhelps.com.

UPDATE August 2017: The documentary film, MY MASCULINITY HELPS is now available to download for free.