Focus on the root causes of sexual violence 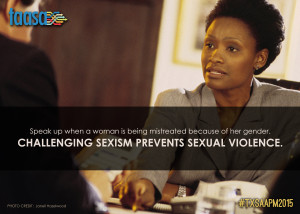 The goal of the project is to partner with bar/club owners and staff in creating awareness around the reality of sexual assault. TAASA’s Communications team created marketing collateral conducive to those environments to share with patrons during the month of April. Often times, the misconceptions about the role of alcohol, the perpetrator, and consent lie at the heart of victim blaming and rape culture. The collateral for the club/bar project can also be used at any local business that is willing to hold events or support the movement towards a Texas free of sexual violence.

Check out this resource that places prevention in the center of Sexual Assault Awareness Month.