As campus sexual assault has dominated the headlines over the past year, an important dialogue has erupted around the concept of consent. Here in California, we were the first state to adopt an affirmative consent standard for all campus adjudication processes and took it a step further in 2015, when the Governor authorized legislation that requires  affirmative consent be taught in high school health curriculum. 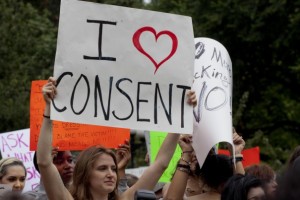 This notion of “affirmative” consent has not been without criticisms, but I think what is crucial to recognize is that this new standard truly offers the opportunity to change our culture (and that has to begin before students step on college campuses at the age of 18).

In many ways, affirmative consent isn’t revolutionary; it speaks to the basics of healthy relationships, boundaries, and empowerment, all of which can be (and should be) instilled in middle school and highschool.  When we create a space that respects an individuals’ right to choose whom to engage in sexual activity with, when, and how many times, we help to deconstruct the notion that sex is expected, required or deserved.

PreventConnect, as a national project of CALCASA, has partnered with the Its On Us campaign during the National Week of Action to foster a culture of consent, on our college campuses, and in our communities at large. Affirmative consent is a mechanism by which we can begin to prevent sexual assault, sexual harassment, and dating/domestic violence by creating a safe space to teach our youth about consent, respecting boundaries, and healthy relationships. Join the conversation on Facebook and Twitter with #ItsOnUs and #GotConsent?.