It should be a time to cheer.  It is March Madness. All over the country fans are filling out their brackets for the NCAA 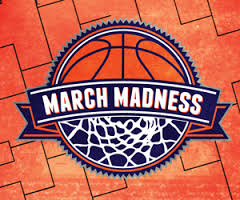 Basketball Tournament.  And my friends who graduated from my college and graduate school are excited as our teams are in the tournament. (Yale is in the tournament for the first time in 54 years and won its first game upsetting Baylor; Cal is playing today.)  While I want to cheer and yell “Go Bulldogs” and “Go Bears,” I am having trouble rooting for my teams.

Instead, both teams provide examples of how not to address sexual violence. Yale’s  men’s basketball captain recently was suspended amid allegations about sexual misconduct. While we do not know the details, we did see the Yale players responded by demonstrating support for their teammate.  Many students, staff, faculty and alumni are upset as we want to see support for a safer sexual climate.

At University of California Berkeley, an assistant coach for the men’s basketball team has violated the university’s sexual harassment policy and the university has begun a a termination process.  This follows other recent high profile cases of faculty sexually harassing staff and students at Cal.

What I really want to see defeated is rape culture. Here is what I want to cheer for – athletes taking the lead in condemning rape culture. Sports and athletes can be a force for positive change.  Once I see athletes and sports teams standing up for the good, I will be the first one to root for them.