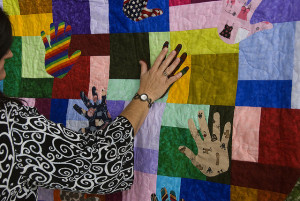 Using approaches that are based in evidence is important, but it’s just as important to use approaches that make sense in the culture you’re delivering them in. One of the major advantages a local agency can have in preventing sexual violence is knowing the communities they serve, so they can tailor their work to the community’s culture. There are lots of different ways to consider culture when you’re planning your prevention approaches. I found the 2014 article, “A continuum of approaches toward prevention interventions: From adaptation to grounding” by Scott Okamoto and colleagues, and I think it does a great job of laying out the benefits and challenges of several methods of balancing evidence and culture.

The article talks about surface- and deep-structure cultural changes to existing prevention programs and strategies, which can range from translating materials from an evidence-based intervention into another language to working with community members to highlight core cultural values in a curriculum. These are the most common ways that people have considered culture in prevention so far, and they both make the evidence-based approaches more relevant and accessible to the communities they serve. But both of these approaches still might miss some key cultural issues that are preventing positive change.

The authors of this article have been working on developing an approach they call “culturally grounded prevention.” This approach involves using “methods that place the culture and social context of the targeted population at the center of the intervention” by developing the program from the “ground up” while still based on demonstrated prevention component. “Rather than adapting prevention curricular components from one population to another, they build the evidence base within the communities and cultures that are intended to be served.” This approach takes a lot of time and resources, but it might just create the most culturally appropriate prevention programs, especially when you’re working with a population that hasn’t been studied or evaluated enough in the past.

Different levels of cultural adaptation are useful in different situations. The article challenges us to think about how to balance evidence, fidelity, and resource constraints with cultural fit and specificity.

Do you think the community you serve could benefit from more culturally grounded prevention work?

Full Abstract: The purpose of this article is to describe a conceptual model of methods used to develop culturally focused interventions. We describe a continuum of approaches ranging from non-adapted/surface-structure adapted programs to culturally grounded programs, and present recent examples of interventions resulting from the application of each of these approaches. The model has implications for categorizing culturally focused prevention efforts more accurately, and for gauging the time, resources, and level of community engagement necessary to develop programs using each of the different methods. The model also has implications for funding decisions related to the development and evaluation of programs, and for planning of participatory research approaches with community members.