The key to the future of the world…

What makes a movement for change?  I typically hear about movements’ charismatic leaders in the media – but a movement requires a critical mass of people which includes those fulfilling many roles beside being the leader. To me a movement for change is one in which I can join others where I play my role to support the change.

At last week’s #PowerInPrevention Ending Child Sexual Abuse Web Conference Telling our Stories:  Learning as We Build a Movement to End Child Sexual Abuse, I was excited when I considered how our own personal stories are the building blocks for change. 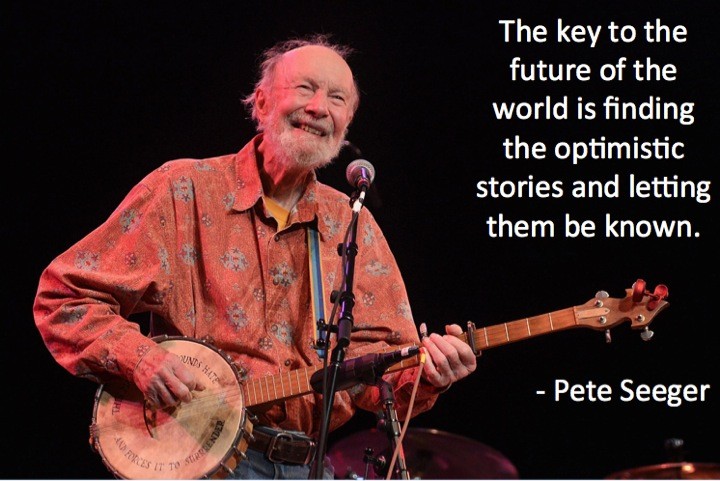 The folk singer and movement builder Pete Seeger said “The key to the future of the world is finding the optimistic stories and letting them be known.”  In the fifteen #PowerInPrevention web conferences held over the last several years, I have heard and been inspired by the stories that demonstrate a movement to end child sexual abuse in action.

What story will you tell that will contribute to building a movement to end child sexual abuse?